Reveal the best in you with cosmetic plastic surgery.

Imagine a beautiful new you!

The italian-brazilian plastic surgeon Dr. Walter Zamarian Jr. is quickly becoming one of the most well-respected plastic surgeons in Brazil. Following in his father's footsteps, Dr. Zamarian leads a cosmetic surgery practice that serves patients from Londrina - Brazil - and beyond.

Dr. Zamarian is a Board Certified plastic surgeon - by ASPS and SBCP - and has held numerous distinctions in the field of cosmetic plastic surgery. He is dedicated to helping you reach your cosmetic surgery goals in a friendly, supportive environment.

Brazil has long been considered a proving ground for cutting-edge plastic surgery procedures. Zamarian Clinic takes one of the most distinctive approaches to cosmetic surgery in Brazil, relying heavily on new, state-of-the-art technologies. Dr. Zamarian takes pride in learning about and utilising the latest advancements in cosmetic surgery treatments. He is dedicated to helping you improve and enhance your appearance, no matter what your goals may be. Dr. Zamarian's mission is to make your visit as safe, effective, and rewarding as possible.

Member of the American Society of Plastic Surgery - ASPS - and the Association of Former Students of Dr. Ivo Pitanguy - AExPI -, Dr. Walter Zamarian Jr. worked as a plastic surgeon at the Londrina State University Medical School and at the Hospital do Andaraí Burn Unit. His practice is one of the premier cosmetic surgery destinations in Brazil.

A graduate of the Londrina State University Medical School, where he also did his two-year medical residency in General Surgery, Dr. Zamarian Jr. developed an international view of Plastic Surgery during the three years he operated with renowned surgeons from several countries in Rio de Janeiro and during his post-graduation course at the clinic of Dr. Ivo Pitanguy and Santa Casa da Misericórdia in Rio de Janeiro. “I believe my mission is not only to achieve a cosmetic improvement or to fix a defect, but to balance the body and spirit as well”, he states.

What is plastic surgery?

The term plastic derives from the greek plastikos, which means to modulate or change the form, and plastic surgery can be performed on several parts of the body. Moreover, there is not a complete definition for plastic surgery. Plastic surgeon Joe McCarthy once defined it as a “problem-solving specialty”. However, we can go beyond this definition.

Another great definition of plastic surgery was given by a resident once who saw it as “the surgery of the skin and its contents”. As plastic surgery is not directed to one specific organ, it has no boundaries. Therefore, plastic surgery is endowed with freedom, but, at the same time, with vulnerability. It is exactly this vulnerability that motivates the plastic surgeon to search for excellence in his area, being constantly and incessantly looking for technical improvements and innovative techniques.

Actually, plastic surgery is based more on principles than on specific procedures. This allows the plastic surgeon to solve rare problems which can go from a thread of hair on someone’s head to his/her toe, performing known procedures on different parts of the body, always innovating.

The evolution of plastic surgery

After years as the runner-up, Brazil has recently become the world leader in number of plastic surgeries. As the demand increased, so did the number of professionals. Currently, there is one plastic surgeon per 44 thousand inhabitants in Brazil. These data provided by SBCP show that, in Brazil, there are more physicians in this specialty than in any other country, even when compared with the US, currently the runner-up in number of procedures. In the US, there is one specialist per 50 thousand inhabitants.

The interest and the search for plastic procedures, both aesthetics or reconstructive, have increased in recent years. To better illustrate this phenomenon, in 2011, 905 thousand plastic surgeries were performed in Brazil. In 2013, this number increased to 1.49 million, almost thirteen per cent of the total of plastic surgeries performed around the world. Through the hands of these surgeons, many lives were transformed, helping them regain self-esteem, femininity, self-confidence and peace with their own body, sometimes eradicating traces of an unhappy past history. And this has been happening for more than a thousand years, even BC.

The first references to reconstructive treatments date from the period between 3.000 and 2.500 BC. Egyptian papyrus treated nasal fractures; however, nose reconstruction techniques date from 800 BC. It was in India that they had the first experiences with Sushruta Samhita, considered the father of plastic surgery, who wrote a famous medical book under his name. In the document, he describes a traditional procedure for nose reconstruction surgery. His rhinoplasty techniques have survived the times and cultures. The instruments described in the Sushruta Samhita book were modified and improved in the Western World.

As a matter of fact, wars motivated the emergence of new reconstructive techniques a thousand years later. It can be said that the history of plastic surgery is strongly connected with post-war history of overcoming difficulties in the beginning of the 20th Century. Mutilated soldiers from WWI found their way to recovery and rescue through the hands of New Zealander physician, Sir Harold Gillies. In 1916, he performed the first surgery on Willie Vicarage, a soldier who had been shot on the face. By being the forerunner of these aesthetics transformations, Gillies is considered the father of modern plastic surgery. He brought harmony back to many faces that had been injured during battles, opening up the way to also save their souls, by alleviating their physical pain.

Beauty is something human beings have been trying to enhance since the beginning of times, and many beauty manifestations towards beauty enhancement were found even during the time of Jesus Christ. Body paintings, necklaces, historical registration of reconstructions: Hindu doctors performed skin transplants and nose reconstructions in the 8th Century BC, when nose amputation was used as punishment for some crimes. These procedures, however, were improved by the development of Medicine and, mainly, by the discovery of general anaesthesia in 1846 by Willian T.G. Morton.

A fertile ground was created for the growth of plastic surgery and for calling people’s attention to this type of surgery. The art of modelling and remodelling any part of the body is currently performed in all continents, respecting each country’s culture, habits and biotypes.

Numbers of procedures around the world

Brazil is the absolute leader in number of plastic surgeries. Our country is number one globally in number of gluteoplasty (buttock augmentation), labial rejuvenation (intimate surgery) and otoplasty, a surgery to correct prominent ears. In 2011, 55.746 intimate surgeries were performed around the world – 9.043 in Brazil alone (more than sixteen per cent). As for buttock implants, 75.501 were performed in Brazil, representing twenty-eight per cent of the total of surgeries performed around the world.

However, the national preference, and at the top of the list, is still liposuction, followed by silicone breast implants. In 2011, 211.108 liposuctions and 148.962 augmentation mammoplasties were performed in Brazil. Another procedure that has recently become very popular is blepharoplasty - eyelid surgery. In 2011, the number of surgeries performed with this technique reached a total of 90.281.

There are some cultural curiosities when we consider the countries separately. In China, for instance, liposuction is also the most performed surgery, and the country is number one in rhinoplasties (nose job): in 2011, 51.680 procedures modified this part of the Chinese body. Japan follows, with 46.599 performed rhinoplasties. Conversely, in the US, the most sought after surgery is breast implants: 284.351 breast augmentations were performed in 2011. In France, augmentation mammoplasties are also on the top of the list, with 41.484 procedures.

Breast augmentations with silicone implants are already 50 years old. The first woman submitted to this surgery was the American Timmie Jean Lindsey, in 1962.

All these data were provided by a research conducted by the ISAPS, involving 25 countries with more plastic surgeries performed in the world, in 2011.

Since the first facial reconstructive surgery performed by Dr. Harold Gillies, much research and several studies have been conducted to improve the technique. Safety and good results were always the main concern amongst specialists. And, the road to excellence was – and it still is – constant improvement.

As a matter of fact, this objective was the greatest driving force behind the creation of the Brazilian Society of Plastic Surgery, in 1948. Currently with about 5.2 thousand members, SBCP is always searching for professional improvement to guarantee procedures are performed only by a trained surgeon – who went through medical school (6 years) , a 2-year medical residency in general surgery and a 3-year residency in plastic surgery.

In Brazil, any physician can perform plastic surgery since the training in plastic surgery is not mandatory. Statistical data attest that years of specialisation do make a difference, not only in the final result but also in procedure safety. Therefore, it is highly recommended that the patient looks for a specialist who is a member of the SBCP.

Thanks to the plastic surgeons’ specific preparation combined with the development of new techniques, anaesthetics and surgical equipment, plastic surgery has become safer throughout the years, making successful changes possible to many patients unsatisfied with some feature, aspect or body scar.

Do you want to improve the aspect of your face, nose, ears or eyelids? To know more about the state-of-the-art treatment Dr. Zamarian can perform on you, contact the Zamarian Clinic of Aesthetic Plastic Surgery, in Londrina, Paraná, Brazil, and schedule a consultation. 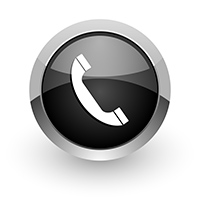